Everest Journeys specialist in the Himalayan countries offers various package and special private tours/treks in Sikkim and Darjeeling. We also specialize in tours and treks to Nepal, Tibet, Bhutan and India (except Ladakh) offering various programs to suit different interests such as culture, history, nature, wildlife, bird watching, treks and expedition for both groups and individuals.

Sikkim; the land that unfolds your imagination. Traversing you through excitement, thrill, adventure and a myriad of ecstasy and joy in flora, fauna, landscape, white-topped mountains and off course! friendly people. Small but beautiful, SIKKIM is cradled by the towering peaks of the mighty Himalayas including Mt. Kanchaejunga 8,586m. (Protector deity for the Sikkimese), the 3rd highest mountain in the world. SIKKIM with area of 7,300 Sq. Km. shares her borders with Tibet in the north, Bhutan in the east, Nepal in the west and the state of West Bengal in the south.

It's unique and drastic variation in altitude ranging from 244m. to over 8,540m. offers her visitors a very rare lifetime opportunity within a matter of hours to experience the changing lifestyle, flora and fauna from the sub-tropical heat of the Indian plains to the cold of the rugged mountain slopes that reach the areas of perpetual snow. Memories of your Sikkim holiday are enriched by the lingering impression of gorgeously decorated Buddhist Monasteries and Hindu temples featuring Lama dances with fierce masks, unique music and chants, invocations made to the Hindu deities, and illumination festival of love and affection.

Queen of the hills Darjeeling-rightly called "Queen of the hill" situated amidst the grandeur and beauty of the mighty Himalayas with Mt. Kanchanjunga. And exhilarating holiday resort from the days of the British Raj in India still maintaining its Victorian grandeur. This is where the best tea of the world is grown. Darjeeling hills are mostly inhabited by Sherpas, Lepchas, Nepalese, Tibetan, Sikkimese and Bhutanese. Through the lush green hills of Darjeeling, climbs a special railway affectionately called 'Toy Train' or Flower-Picking Train' covering a distance of 50 miles to Darjeeling in eight hours. 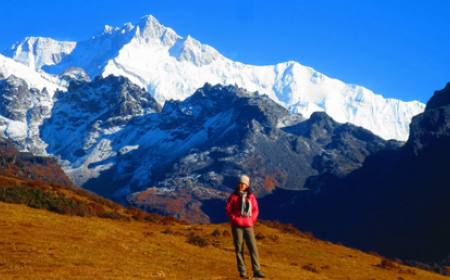 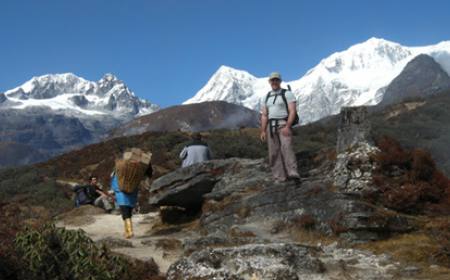