Ladakh the Northern most part of India and the largest of the three constituent geo cultural unit of the state of Jammu and Kashmir, is a highly elevated cold desert where human habitation occurs at altitude exceeding 4’000 M. Situated approximately between 32-25 degree north latitude and 35-80 degree east longitude. Ladakh occupies a very strategic position in Asia, presenting as a frontier province of India where three international border meet, while in the past some of the busiest trade route of central Asia  criss crossed here. Two of the world’s mightiest mountain range: The Karakoram and the Great Himalayan surround it in the north and south respectively. Geographically the northwestern extension of high and dry Tibetan plateau. Ladakh falls in the yellow belt as the Himalayan wall exercises a severe check on the flow of humid air from the southern plains. Consequently, rainfall is scant and the general terrestrial features of the area are dry and deserted like. The draught in combination with the incredible elevation produces a highly rarefied atmosphere, which is marked by great fluctuation of seasonal and diurnal temperature. Spread over an area of 97’000 sq. km. Ladakh is alive repository dwindling Tibetan culture heritage. Thousands of religious and cultural monuments in the form of monasteries, nunneries and hermitages dot its eerie terrain. It is in the Ladakh alone one can still savoring the variety and beauty of unique and self-contained Himalayan Civilization.

Known as "Little Tibet," Ladakh has a rich culture, which still supports numerous active monasteries. Perched on high cliffs and hilltops, these monasteries appear as guardians over the starkly beautiful landscape. We will spend several days acclimatising in the valley prior to setting off on the Trans-Himalayan journey, visiting the famous monasteries (called gompas) of Hemis, Alchi and Tikse. 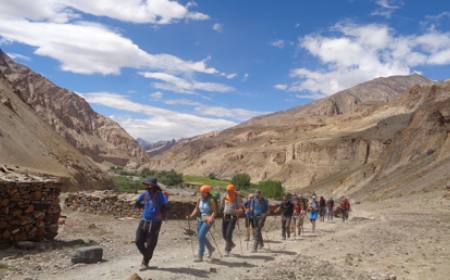 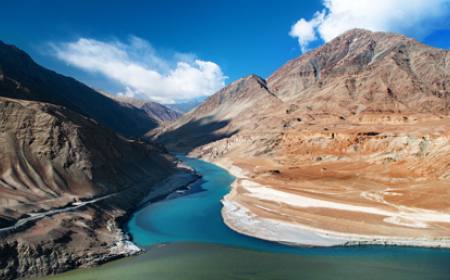 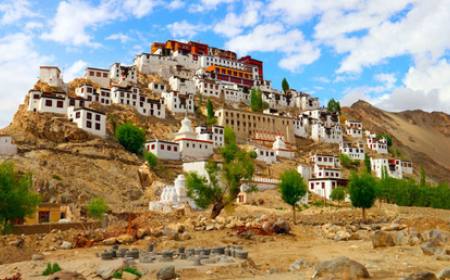 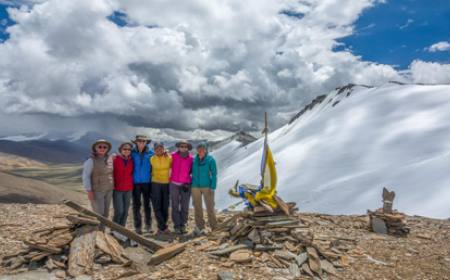 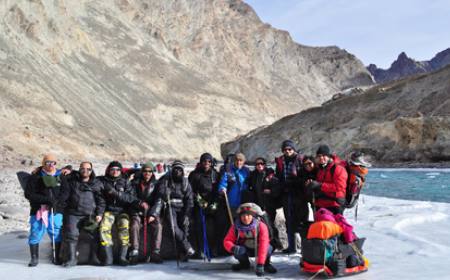